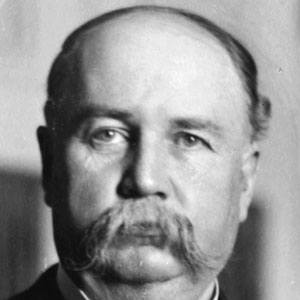 Garret Hobart died at age 55, not too shabby. Check out the death cause, death date, and more facts about the circumstances surrounding vice president Garret Hobart's death.

24th Vice President of the United States who served from 1897 to 1899 under President William McKinley. If he hadn’t died while in office then Theodore Roosevelt would’ve never become President after the assassination of McKinley.

He studied law under the guidance of a prominent local politician and lawyer.

He fell ill with a heart problem and died in office, the sixth Vice President to do so.

How did Garret Hobart die?

Hobart died on November 21, 1899 of heart disease at age 55; his place on the Republican ticket in 1900 was taken by New York Governor Theodore Roosevelt.